ISLAMABAD: (ASIA TIMES): The reported death of Hafiz Saeed Khan Orakzai, the ‘ameer’ (leader) of the Islamic State (IS) for the Khorasan chapter (which includes Pakistan and Afghanistan), in a US drone attack is the latest in a string of high-level Daesh commanders to be killed in Nangarhar province of Afghanistan.

However, doubts remain whether he died as he had been reported killed twice in 2015. One report said he was killed in a US drone strike on July 10 along with 29 other insurgents in their compound in the Achin region in Nangarhar. In the latest report too, the number of people killed and the place of attack are the same. So far, the Islamic State has not released any official confirmation of Saeed’s death. Four top leaders of the Khorasan chapter of Daesh have so far been killed on both sides of the Pak-Afghan border in US drone attacks since the group was launched in January 2015. They include its ameer Hafiz Saeed Khan Orakzai (killed in July 2016), the deputy ameer Mullah Abdul Rauf Khadim (killed in February 2015), his successor Hafiz Wahidi (killed in March 2015) and central spokesman, Shahidullah Shahid (killed in July 2015).

Going by the US and Afghan media reports, the Khorasan chapter ameer for Daesh, Hafiz Saeed Khan Orakzai, was killed by an American drone in the Achin district of the Nangarhar province on July 26. The airstrike was part of a joint operation by the American and the Afghan Special Operations Forces which specifically targeted the Islamic State leadership in recent months. Saeed’s killing comes just a few weeks after two key militant commanders, Mangal Bagh Afridi and Khalifa Omar Mansoor, were killed in two similar drone attacks in Nangarhar which has been a hotbed for Daesh activity as the terrorist group uses the area to train, equip, disseminate and control fighter pipelines.

After Daesh militants under Saeed’s command took control of several districts in Nangarhar in mid-2015, the United States Department of Treasury sanctioned him alongside 15 other Islamic State leaders (on September 29, 2015), saying he plays a central role in expanding Daesh operations in the region, besides leading militants and coordinating the delivery of supplies and weaponries. A former commander of the Tehrik-e-Taliban Pakistan (TTP), Saeed had abandoned the TTP along with several other top Taliban leaders in October 2014, before crossing over to Afghanistan after the Pakistan Army launched a massive operation in the Waziristan region to uproot the Taliban.

Hailing from the Orakzai tribal agency of Pakistan, Hafiz Saeed Khan had subsequently joined Daesh and was appointed the first ameer of the Khorasan chapter upon its launch in January 2015. The Khorasan chapter of Daesh was launched after 100-plus Taliban leaders and fighters from Pakistan and Afghanistan had released a video (in January 2015) wherein they pledged allegiance to Abu Bakar Al Baghdadi, the self-appointed caliph of the Muslims. The pledge of allegiance was part of a push by Daesh to expand its profile beyond Iraq and Syria, which caused a major blow to the TTP whose top ten leaders had decided to join hands with Daesh.

The Pakistan and Afghanistan chapter of IS was named after the Khorasan which is the ancient name of the vast region comprising parts of Pakistan, Afghanistan, Iran, and some Central Asian states. Before abandoning the TTP umbrella in October 2014, Saeed was the ameer of the Orakzai Agency chapter of the Taliban. Born in 1972 in the Orakzai Agency of FATA, he got his early education from a local cleric, Maulana Shabbir, before shifting to the Hangu district of Khyber Pukhtunkhwa, where he was admitted to the local school known as Darul Uloom Islamia in Hangu. After the 9/11 attacks, when the American and the NATO troops attacked Afghanistan, Saeed began his career in terrorism by going to Kabul to fight against the people he perceived as invaders, and joining up with the Afghan Taliban. He remained in Kabul for two years and became close to the TTP founder Commander Baitullah Mehsud who eventually launched the TTP in 2007. Baitullah not only appointed Saeed a member of the TTP Shura but also made him the ameer of the Orakzai chapter. A senior Afghan military officer was the first one to claim on August 7, 2016 that Saeed has been killed in a drone strike. Major General Mohammad Zaman Waziri, the commander of the 201st Selab Military Corps, was quoted by Pajhwok Afghan News as saying that Saeed and 29 other Daesh fighters were killed in Nangarhar, one of Daesh’s key strongholds in Afghanistan. Five days later, on August 13, the US military announced it has killed Saeed in an airstrike in Afghanistan’s eastern province of Nangarhar three weeks ago. The US military press release noted that he was killed in an airstrike in Nangarhar on July 26.

“Saeed Khan was known to directly participate in attacks against US and coalition forces, and the actions of his network terrorized Afghans, especially in Nangarhar,” the US military stated in the release. The release said Saeed’s death will hurt the IS operations in Afghanistan as well as its recruiting efforts in the region. Saeed was known in the militant circles as one of the most hard line and dangerous commanders who organized dozens of deadly terrorist attacks on key installations across Pakistan, including the March 2013 attack on the US Consulate in Peshawar which killed 12 people, the December 2012 fidayeen attack at the Peshawar airport which killed nine people, strikes on military checkpoints, mourning processions of the Shia community and worship places of Christians and Ahmadis.

The Islamic State has not released any official confirmation of Saeed’s death. It may be recalled that Saeed had erroneously been reported dead twice in the past by the Afghan authorities. It was reported that he had been ‘killed’ in a bomb explosion in the Toor Dara area of Tirah Valley near Khyber Agency on April 15, 2015. Then in July 2015, the National Directorate of Security, Afghanistan’s intelligence service, announced Saeed’s ‘death’ in a US drone strike. “Saeed Khan was killed in a US drone strike on July 10, 2015 along with 29 other insurgents in their compound in the Achin region in Nangarhar,” said Asib Sediqqi, the spokesman for Afghanistan’s National Directorate of Security in Kabul on July 11, 2015.

Strangely enough, exactly 29 Daesh fighters have once again been reported killed alongside Saeed this time and, that too, in Achin district of Nangarhar. Abdul Rahim Muslim Dost, who used to serve as an unofficial spokesman for the Islamic State, had refuted the Afghan intelligence agency’s claim at that time about Saeed Khan’s death. Approached for comments, a senior interior ministry official in the federal capital Islamabad who requested anonymity said senior American and Afghan military official have confirmed Saeed Khan’s death in their separate communiques to their Pakistani counterparts. When asked to comment, a foreign office official in Islamabad said he was 99% sure that Saeed has been killed this time.

“Pakistani authorities have been provided specific details of the July 26 airstrike that killed him in the Achin district of Nangarhar. Therefore, we are almost certain this time that Saeed Khan has finally been droned,” the official said. Saeed’s killing shows that American drones are focusing on eliminating Pakistan Taliban leaders who operate from Afghanistan. Pakistani authorities have long wondered why the American drones do not target those Pakistani Taliban leaders who use the Afghan soil to stage cross-border terrorist attacks. However, they strongly condemned the killing of the ameer of Afghan Taliban, Mullah Akhtar Mansoor, in Quetta in May.

They even raised the issue at the United Nations Security Council describing it as unacceptable and a deliberate violation of Pakistan’s sovereignty and of the United Nation’s charter and international law. On May 25, Pakistan Army Chief General Raheel Sharif told US Ambassador to Pakistan David Hale that the US should desist from taking unilateral actions that undermine mutual trust. However, there has been no reaction from the Pakistani military leadership following the reported killings of Saeed Khan, Omar Mansoor and Mangal Bagh. According to a report released by the White House on July 1, 2016, American drones have killed only 64 to 116 civilians in 473 strikes launched between January 20, 2009 and December 31, 2015.

The drone strikes also killed 2,372 to 2,581 combatants during this period, the report said without revealing much about the strikes or the people killed. Most of the US drone strikes in Pakistan are conducted by the CIA, which does not disclose details of its operations. But Pakistan may use the recent killings of Taliban and Daesh leaders to urge US to go after the fugitive TTP ameer Mullah Fazlullah who had fled to Afghanistan because of Pakistani military operation launched in June 2014. Fazlullah is based in the Kunar province of Afghanistan, and the Afghan government is allegedly turning a blind eye to his anti-Pakistan activities.

No fresh steps taken against JuD 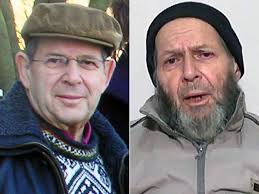 US wants to recover remains of hostage killed by Al-Qaeda 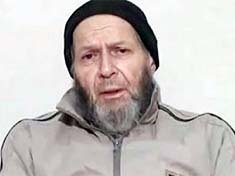 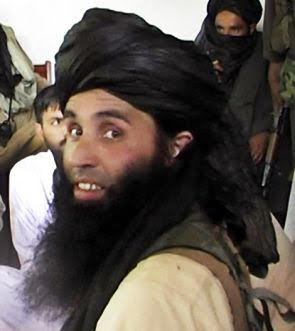 The rise and fall of Fazlullah — the beast of Swat