ISLAMABAD: (The News) The reported death of the former TTP spokesman Shahidullah Shahid, who had joined hands with the Islamic State (IS) in October 2014, has come as a major setback to Abu Bakar al Baghdadi-led Khorasan chapter of Daesh consisting of Pakistan and Afghanistan.

At the same time, a sigh of relief swept over the Pakistani and Afghan Taliban circles alike after hearing the news of Shahidullah’s killing whose departure from the TTP and his subsequent rise as an influential Daesh figure, was giving sleepless nights to the Taliban leadership on both side of the Pak-Afghan border for quite some time now. His death has been hailed equally in the Pakistani khaki circles mainly because Shahidullah had released a horrific video in January 2015 [while joining Daesh] in which a soldier was shown being martyred on camera. Shahidullah had then claimed responsibility for the assassination of a senior police officer from Karachi, Chaudhry Mohammad Aslam, while acknowledging his bravery and making public his telephonic conversation with the SP after he was killed by a Taliban suicide bomber. Shahidullah Shahid alias Sheikh Maqbool was reportedly droned on July 6 along with 24 other Daesh militants in the Mamand area of Nangarahar province of Afghanistan where the IS Shura meeting was in progress.

Shahidullah Shahid alias Sheikh Abu Omar Maqbool al Khurasani was appointed the central TTP spokesman in July 2013 after Ehsanullah Ehsan was sacked by the then TTP ameer, Hakimullah Mehsud. Considered close to Afghan Taliban in the past, Maqbool had spent much of his time since 2007 in Afghanistan and had been using the fake name of Shahidullah Shahid from the day one. Shahidullah left the TTP to join Daesh after the launching of the military operation in June 2014, which has forced the Taliban militants to abandon North Waziristan. His departure was a biggest loss to the TTP because of his mass following and influence in the Pakistani Taliban circles in the tribal areas. His decision to join hands with Daesh was made public through an online video released by the IS spokesman in mid-October 2014 in which Shahidullah was shown addressing a group of militants in a forested area. He had read out a message in Arabic and disclosed names of IS commanders for different regions of Pakistan and Afghanistan. The footage showed 100-plus IS militants assembled in a secluded valley and putting their hands together while narrating their oath of allegiance to Abu Bakar Baghdadi, the founder of the Islamic State of Iraq and Syria.

The pledge of allegiance was part of a push by Daesh to expand its profile beyond Iraq and Syria, which caused a major blow to the TTP whose top leaders had decided to join hands with IS. Shahidullah Shahid was subsequently appointed the spokesman for the Khorasan region of the IS, although it is largely believed that he was the moving spirit behind the setting up of Daesh in Pakistan and Afghanistan. Shahid was not the only one to have been killed in the July 6 drone attack. Gul Zaman alias Mullah Fateh, the acting ameer of the Khorasan chapter was also killed in the same drone hit. Gul Zaman had assumed the command of the Khorasan chapter of the IS after the reported death of Hafiz Saeed Khan who was killed in a bomb explosion in Toor Dara area of Tirah Valley on April 15, 2015. In fact, four top leaders of the Pakistan chapter of Daesh including its ameer Hafiz Saeed Khan, deputy ameer Mullah Abdul Rauf Khadim, his successor Hafiz Wahidi, and central spokesman, Shahidullah Shahid, have so far been killed on both sides of Pak-Afghan border [mostly in drone attacks] in a short span of six months since its launching in January 2015.

Hafiz Saeed Khan was known in the militant circles as one of the most hard line and dangerous commanders who had organised dozens of deadly terrorist attacks on key installations across Pakistan, including the March 2013 attack on the US Consulate in Peshawar which killed 12 people, the December 2012 fidayeen attack at the Peshawar airport which killed nine people, military checkpoints, mourning processions of the Shia community and worship places of the Christians and Ahmadis. The Islamic State did not announce the successor of Hafiz Saeed Khan and Shahidullah was running the IS affairs with the assistance of Gul Zaman who was the acting ameer of the Khorasan chapter of Daesh. Before that, the Afghan National Army had killed Hafiz Wahidi, the deputy ameer of the Khorasan, in Helmand province on March 15, 2015. Wahidi had replaced Mullah Abdul Rauf Khadim after his killing in a US drone hit in Afghanistan on February 9, 2015.

Therefore, Shahidullah’s death in yet another drone attack seems to be a major blow to Daesh in the Pak-Afghan region. The bodies of Shahidullah Shahid and other droned IS leaders are reportedly in the custody of the Afghan Taliban and the IS leadership has already requested to return them. The top leadership of Daesh in this region has been eliminated at a crucial time when the ongoing battle for influence between Baghdadi-led IS and Dr Ayman Zawahiri-led al-Qaeda is intensifying in Pakistan. The Afghan Taliban and the IS are locked in bloody clashes in Nangarahar and Kunar province ever since Daesh seized control of some areas in Afghanistan close to the Pakistani border after evicting Taliban fighters from there. The Islamic State, which has a strong presence in nine of the 22 districts of Nangarhar, has battled with the Afghan Taliban for control over the Nangarhar province for almost six months now. The infighting between the two groups recently compelled Mullah Akhtar Mohammad Mansour, the deputy leader of the Afghan Taliban, to make an appeal to Baghdadi, to end the discord and submit to the “Islamic Emirate of Afghanistan,” or the Taliban. Mansour was of the view that the infighting only benefits “the invading crusaders.”

Ishaq was set to die a violent death 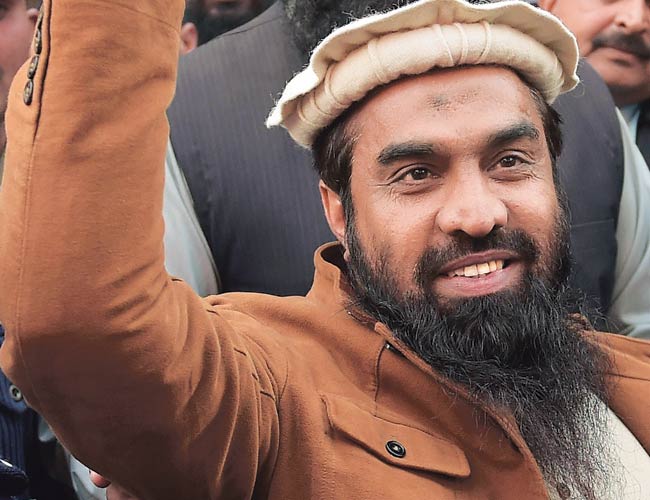