ISLAMABAD: (The News) The reported death of Hafiz Saeed Khan Orakzai, the chief of the Islamic State or Daesh for Khorasan (which includes Pakistan and Afghanistan) in a US drone attack, has come as a major blow to the Baghdadi-led terrorist outfit in the Pak-Afghan region, although he had already been declared dead by international media in April this year in a bomb explosion.

Afghanistan’s National Directorate of Security (NDS) has claimed the other day that the chief of the Islamic State or Daesh in Pakistan and Afghanistan, Hafiz Saeed Khan Orakzai, has been killed in a US drone strike in eastern Afghanistan on July 10, three days after another top leader of the outfit died in a similar attack. Hafiz Saeed Khan — a former commander of the Tehrik-e-Taliban Pakistan (TTP) who hailed from the Orakzai tribal agency – was reportedly killed in the Takhto area of Achin district of Nangarhar province along with his 30 colleagues. Saeed Khan, who had abandoned the TTP along with several other top Taliban leaders in October 2014, had subsequently joined Daesh and was appointed the ameer of Khorasan chapter of the international terror outfit in January this year.

“Hafiz Saeed Khan was killed in an American drone strike on July 10, 2015 along with 30 other insurgents in their compound in the Achin region in the eastern Nangarhar province”, said Asib Sediqqi, the spokesman for Afghanistan’s National Directorate of Security in Kabul on July 11. “Based on NDS intelligence, Hafiz Saeed Khan was killed while presiding over a large meeting and making terror plans. The Afghan intelligence agency passed on to the foreign forces the information about the meeting of the Islamic State leaders that was also being attended by Hafiz Saeed Khan. The coalition forces subsequently acted and bombed the meeting,” the NDS statement that was posted online on Saturday, said.

However, quite interestingly, going by international media reports, Hafiz Saeed Khan had already been killed with two other comrades in a bomb explosion in the Toor Dara area of Tirah Valley near the Khyber Agency on April 15, 2015 while manufacturing an improvised explosive device (IED) which went off, killing the three men on the spot. Saeed Khan Orakzai was known in the militant circles as one of the most hard line and dangerous commanders who had organised dozens of deadly terrorist attacks on key installations across Pakistan, including the March 2013 attack on the US Consulate in Peshawar which killed 12 people, the December 2012 fidayeen attack at the Peshawar airport which killed nine people, military checkpoints, Shia community’s processions and worship places of the Christians and Ahmadis.

The Pakistan chapter of Daesh was launched after 100-plus Taliban leaders and fighters from Pakistan and Afghanistan had released a video [in the second week of January 2015] in which they pledged allegiance to Abu Bakar Al Baghdadi, the self-appointed caliph of the Muslims. The pledge of allegiance was part of a push by the Islamic State to expand its profile beyond Iraq and Syria, which caused a major blow to the Tehrik-e-Taliban Pakistan (TTP) whose top ten leaders had decided to join hands with Daesh. The Pakistan chapter of Daesh was named after the Khorasan which is the ancient name of the vast region comprising parts of Pakistan, Afghanistan, Iran, and some Central Asian states. Hafiz Saeed Khan, who belonged to Mamozai area of the Orakzai Agency in Fata, was appointed the new ameer of the Khorasan. Before abandoning the TTP umbrella in October 2014, Saeed Khan was the ameer of the Orakzai Agency chapter of the Taliban.

Saeed Khan’s departure from the TTP along with the Taliban spokesman Shahidullah Shahid [who too was killed in a US drone attack in Nangarhar Province on July 6, 2015] and eight other regional commanders of the Fata was the biggest loss to Fazlullah-led TTP because of Hafiz Saeed’s mass following and influence in the TTP ranks. Born in 1972 in the Orakzai Agency of Fata, Saeed Khan got his early education from a local cleric, Maulana Shabbir, before shifting to the Hangu district of Khyber Pakhtunkhwa, where he was admitted to the local school known as Darul Uloom Islamia in Hangu. After the 9/11 attacks, when the US and the Nato troops attacked Afghanistan, Saeed began his career in terrorism, going to Kabul to fight against the people he perceived as invaders, and joining up with the Afghan Taliban. He remained in Kabul for two years and became close to Baitullah Mehsud who eventually launched TTP in 2007. Baitullah had not only appointed Saeed Khan a member of the TTP Shura but also made him the ameer of the Orakzai chapter.

Saeed Khan’s jehadi career kept flourishing. However, things changed drastically with the death of Baitullah Mehsud in a US drone attack in August 2009, splitting the TTP in two major groups, with Saeed Khan at the centre of the rift. Some TTP commanders wanted Baitullah Mehsud’s bodyguard cum driver, Hakimullah Mehsud, to take over the leadership. But Saeed Khan was against the decision and wanted his own close ally, Waliur Rahman Mehsud, to become the overall chief instead. The TTP split down the middle again in 2013, when Hakimullah was himself killed in a US drone strike. Saeed Khan was one of the three main contenders for the top slot of the TTP chief, and was deeply depressed when a Mullah Fazlullah was nominated the TTP ameer by Mullah Mohammad Omar.

Hafiz Saeed Khan finally abandoned the TTP on October 15, 2014, along with five other key Taliban commanders, and pledged allegiance to Baghdadi who eventually made him the ameer of the Khorasan chapter. In fact, four top leaders of the Pakistan chapter of Daesh including its ameer Hafiz Saeed Khan, deputy ameer Mullah Abdul Rauf Khadim, his successor Hafiz Wahidi, and central spokesman, Shahidullah Shahid, have so far been killed on both sides of Pak-Afghan border in a short span of six months since its launching in January 2015. With the killing of Hafiz Saeed Khan, the dilemma for Daesh is that the top leadership of the Khorasan chapter has been eliminated at a crucial time when the ongoing battle for influence between Abu Bakar Baghdadi-led IS and Dr Ayman Zawahiri-led al-Qaeda is intensifying in Pakistan. 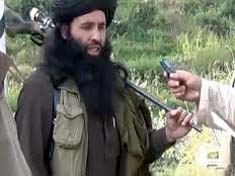 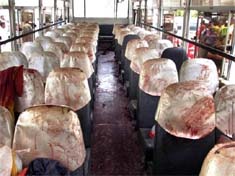