ISLAMABAD: Faisal Mahmood alias Mota, who has been arrested by the Sindh Rangers during a raid at the Nine-Zero headquarters of the MQM, was wanted by the Sindh police after a Karachi Anti Terrorism Court had awarded him death sentence in absentia in March 2014 for masterminding the 2011 murder of the Geo TV’s reporter, Wali Khan Babar.

Wali Babar Khan was gunned down in the Liaquatabad area of Karachi on January 13, 2011 when he was returning home from office. On March 1, 2014, an ATC presided over by judge, Mushtaq Ahmed Leghari, had awarded death sentence to two proclaimed offenders, Faisal Mahmood Mota and Kamran alias Zeeshan, and life imprisonment to four other accused – Faisal Mahmood alias Nafsiyati, Naveed alias Polka, Muhammad Ali Rizvi and Shah Rukh alias Mani. The Sindh police had subsequently announced a Rs2 million head money for providing information about the whereabouts of Faisal Mahmood Mota, being the mastermind of the journalist’s brutal murder.

A high-level joint interrogation team of the country’s five top intelligence agencies had investigated Wali Khan Babar’s murder and concluded that the assassination was masterminded by Faisal Mahmood Mota s/o Mahmood Hussain belonging to the MQM and allegedly carried out by a group of the party’s target killers. But the MQM Spokesman Wasay Jalil had stated at that time that their party has nothing to do with any of the target killers involved in Wali’s murder.

“Every Urdu-speaking person is not an MQM worker. These kinds of allegations are not new to the party as some vested interests keep spreading false stories against the party”, he had stated.

While 23 witnesses were listed in the murder case of Wali Khan Babar, only six had agreed to testify. Certainly, fear of being killed by the assassins of the slain journalist was a key factor. And these fears proved true as all the witnesses who had agreed to testify before the trial court were killed one by one between January 2011 and November 2012. Each one of them was gunned down in a frighteningly systematic manner despite the court orders to provide them protection.

The victims included two policemen, a police officer’s brother, an informer linked to the investigation and two civilians. Haider Ali, the sixth and last witness to be killed in November 2012, was located and gunned down despite the fact that he was underground and had shifted to the Soldier Bazar area in Karachi.

Shortly before being killed, Haider had identified before a judicial magistrate four of the arrested assassins who he said were involved in Wali Babar’s murder.

The first batch of the five accused in the murder was arrested from the Gulshan-e-Iqbal area of Karachi on the night of April 8, 2011 while they were riding a stolen vehicle.

Those who were arrested from Karachi included Shah Rukh aka Maani, Faisal Mahmood aka Nafsiyati, Shakeel aka Malik, Syed Tahir Naveed Shah aka Polka and Syed Mohammad Ali Rizvi. The second batch of two accused was taken into custody from Hyderabad’s Liaquat Market on December 9, 2011.

Those arrested from Hyderabad included Syed Kamran aka Zeeshan Lamba and Faheem Buddhu. A year later, on November 13, 2012, the agencies arrested another killer- Asif alias Waseem Commando – from the College Road area of Township in Lahore. Another alleged killer – Arif Commando – was nabbed almost a month later from Township area of Lahore on December 12, 2012.

According to findings of the Joint Investigation Team (JIT) consisting of the officers of the Military Intelligence (MI), Inter Services Intelligence (ISI), Rangers Intelligence (RI), Intelligence Bureau (IB) and the Special Branch (SB) of Sindh Police, the eight accused had disclosed while confessing their role in Wali Khan Babar’s murder that the assassination orders were conveyed by their boss – Adeel aka Agha Murtaza – an MQM operative who operates from South Africa.

Adeel aka Agha Murtaza had passed orders on phone to the ringleader of the target killers Faisal Mota, and his second-in-command, Asif aka Waseem Commando. Both subsequently finalised the murder plan, before distributing Wali Khan Babar’s snaps among 28 shooters, eight of whom have already been arrested.

As per the JIT findings, the three interrogated target killers – Faisal Mahmood alias Nafsiyati, Muhammad Shah Rukh and Muhammad Ali Rizvi – confessed to killing Wali Khan Babar and also narrated the details of the planning of the attack and its execution at 2130 hours on January 13, 2011. Syed Muhammad Ali Rizvi alias Ali Rizvi s/o Syed Sibtul Hassan, is introduced in the report as a member of a political party’s target killing squad. Rizvi joined the political party in 1990 and is still doing organisational work of the party. Rizvi was involved in many events of killing innocent people of Karachi right from 1995 and has killed so many people details of which are given briefly in the report.

According to the JIT report, Shah Rukh Khan (Shah Rukh) s/o Muhammad Farooq, aged 22, joined the political force in August 2010 and started working with the target killing squad led by Faisal Mota. Faisal Mehmood Nafsiyati son of Muhammad Hussain aged 43 joined the political force in 2003 on the motivation of a member of the sector committee Orangi town Ashraf alias Imam.

As per the JIT findings [which quoted the three target killers], Wali Khan Babar’s assassination orders were conveyed to Faisal Mota by Agha Murtaza 10 to 12 days prior to his killing. Faisal Mota had subsequently monitored the movements of Wali Khan Babar at three different places near his house. Faisal Mota had deployed some of his men at Peshawari Ice Cream, Mateen Food, Block-N and at Ship Owner College to observe the movements of Wali Babar.

On January 7, 2011, Faisal Mota and Asif aka Waseem Commando had convened a clandestine meeting of over a dozen notorious shooters from Karachi [inside a park in the KBR buffer zone area of Karachi] and apprised them of their next target – Wali Khan Babar. According to the JIT findings, during another meeting of the shooters which was held on January 13, 2011 at a tea shack in Gulshan Azeem area, Faisal Mota and Asif Commando had constituted three teams to target Wali Khan Babar.

The first one was the operational team led by Syed Tahir Naveed aka Polka who was riding a car. Faisal Nafsiyati, Mohammad Ali Rizvi, Kamran aka Zeeshan Lamba, and Khalid Saeed aka Ganderi were inside that car at the time of the murder. Two other teams were to ride motorcycles with a view to provide cover to the operational team.

The JIT report had given a detailed account of Faisal Mota’s role in Wali Babar’s murder in these words: “On January 13, 2011 at 1500 hours, Fiasal Mota instructed Shah Rukh to reach Jang/Geo office where he reached at 1600 hours. Faisal Mota then called Muhammad Ali Rizvi and asked him to reach his place. Accordingly, Rizvi along with Javed Sheikh reached Mota’s home where Asif alias Waseem Commando, Shahid, Zeeshan, Liaqat, Naveed alias Polka, Nasir and Shakeel were present.

Faisal Mota said he along with other boys was going to kill Wali Khan Babar. At about 8:30pm Ali Rizvi, Faisal Mota, Faisal alias Nafsiyati and Liaqat departed in a car while the other boys departed on motorcycles. On reaching Teen Hatti near teashop, they started waiting for the car of Wali Babar. Shah Rukh alias Mani was chasing Wali Babar’s car”.

“At about 2130 hours, Faisal Mota received a call from Shah Rukh who informed that Wali Babar has reached nearer. On this, Faisal Mota asked Ali Rizvi, Liaqat and Faisal Nafsiyati that they will give cover to Zeeshan with him and the boys on motorcycles including Naveed and Shakeel [who had come with Liaqat] will do the same job and Zeeshan and Asad will kill Wali Babar. Hence, they started moving behind the car of Wali Babar. When Babar’s car reached Liaquatabad No-1, there was severe traffic jam and the vehicles were in standstill position.

At this moment, Shah Rukh who was following Wali Khan Babar’s car, signalled Zeeshan towards Wali Babar’s vehicle. Zeeshan moved towards the car of Wali Babar while the other boys came out of the car with their weapons and intimidated people by brandishing weapons in a bid to harass them. In the meantime, Zeeshan fired six or seven shots on the face of Wali Khan Babar on his right side resulting in his death.

After killing Wali Babar, they all fled and reached the home of Faisal Mota”. The JIT report had concluded that the master planner of Wali Babar’s murder was Faisal Mota and his three main accomplices were Liaqat (whose car was used in the murder), Shahid (who did the recce and provided details to the killers) and Zeeshan who had shot Wali Babar.

Punjabi Taliban chief unlikely to be tried in military court 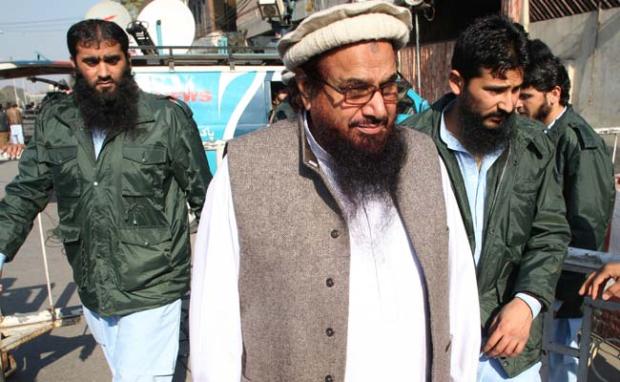