ISLAMABAD: The federal government is reluctant to act against the Lal Masjid prayer leader Maulana Abdul Aziz despite having credible evidence about his alleged ties with the Taliban-linked Ghazi Force, which has carried out several deadly suicide attacks in the twin cities of Rawalpindi and Islamabad.

Notwithstanding Prime Minister Nawaz Sharif’s declaration a day after the Peshawar school carnage not to differentiate between ‘good’ or ‘bad’ Taliban and to deal with the Taliban and their facilitators with an iron hand, it seems that the federal government is still hesitant to act against Maulana Aziz who continues to lead the Friday congregation at the Lal Masjid despite a series of demonstrations by the civil society in the federal capital, seeking his arrest. In his January 3 Friday sermon, a defiant Maulana, who had refused to condemn the Peshawar school massacre in his previous sermon, demanded implementation of Shariah in the country. With a heavy contingent of police posted outside, Maulana Aziz presented a charter of demands, calling for the implementation of Shariah law, the establishment of a strong committee of senior clerics to Islamise existing laws of the land and to abolish traditions, which according to him, were un-Islamic.

Maulana Aziz has already rejected his non-bailable arrest warrants [issued by a civil judge under an FIR lodged under Section 506 (II) for criminal intimidation] for hurling death threats, saying he would neither court arrest nor get bail. In fact, he was sacked as the prayer leader of the Mosque in 2005 – much before the 2007 military operation. But the friendly treatment being meted out to the radical cleric can be gauged from the fact that he keeps leading the Friday prayers at the Red Mosque which had to face a military operation in 2007 due to the alleged extremist links of the Ghazi brothers. Much before the ‘Operation Silence’ was launched, the Lal Masjid had become known to the world as a centre of radical Islamic learning, housing several thousand male and female students in adjacent seminaries picked from hard line families of Khyber-Pakhtunkhwa and the tribal areas where support for the Taliban and al-Qaeda was quite strong at that time.

Elements from al-Qaeda-linked jehadi and non-state actor groups like Tehrik-e-Taliban Pakistan, Lashkar-e-Jhangvi, Jaish-e-Mohammad, Harkatul Jehadul Islami, Harkatul Mujahideen, etc used the seminary as their watering hole. The Lal Masjid’s al-Qaeda link was established a few days after the ‘Operation Silence’ when the security forces [after taking over the control of the mosque] found letters from Dr Ayman al-Zawahiri to Abdul Rasheed Ghazi and Abdul Aziz Ghazi, directing the two fanatic brothers and their militants into an armed revolt. On July 11, 2007, Zawahiri issued a videotape and called for Pakistanis to join jehad in revenge for the Red Mosque “attack”. Zawahiri said in his message: “This crime can only be washed by repentance or blood. If you do not retaliate, Musharraf will not spare any of you. Your salvation is only through jehad”.

Two months after the Lal Masjid operation [in September 2007], an 18-year-old boy blew himself up inside the high-security base of Zarrar Company [near Tarbela], which was the elite commando unit of the Army and responsible for the ‘Operation Silence’. At least 22 SSG commandos were martyred. Subsequent investigations showed the involvement of little known Ghazi Force, which was launched in the aftermath of the Lal Masjid operation and was named after Maulana Abdul Rasheed Ghazi, the younger brother of Maulana Aziz who was killed during the Lal Masjid operation. Since then, the Ghazi Force is believed to have carried out 38 bloody suicide attacks in the twin cities of Rawalpindi and Islamabad, mostly targeting the installations and the officers of the military and the intelligence agencies. The group was mostly made up of relatives of the students who had died in the Lal Masjid assault and its prime aim was to avenge the ‘Operation Silence’.

According to a former Inspector General of the Islamabad Police, Kalim Imam, Ghazi Force was behind most of the deadliest suicide attacks in the federal capital, targeting the military, the ISI and a hotel frequented by foreigners and the country’s elite. Many of those attacks had been attributed to the TTP, mainly because the Ghazi Force was also stationed in the Pak-Afghan tribal belt, just like the TTP. The group was launched by a former student of Lal Masjid- linked Jamia Fareedia, Maulana Niaz Raheem alias Bilal, along with Fidaullah and it was first headquartered in the Orakzai Agency of the Federally Administered Tribal Areas (FATA). After becoming the ameer of the TTP in August 2009, Hakeemullah Mehsud had facilitated the group to establish its training camps in the Dargah Mandi area of North Waziristan and the Guljo area of Hangu district in Khyber-Pakhtunkhwa.

The Ghazi Force fidayeen were subsequently trained in making explosives, ambushing military units and usage of light and heavy weapons. But in a most recent development, it has emerged that Maulana Abdul Aziz is also linked with the Ghazi Force. According to well-informed sources in the security establishment, during the ongoing operation Zarb-e-Azab in North Waziristan, the security agencies have acquired solid evidence showing the involvement of the Ghazi Force in several bloody acts of terrorism in the twin cities of Rawalpindi and Islamabad. The evidence was found in December 2014 while clearing Dargah Mandi area where several Taliban-linked terrorist groups had set up their headquarters. During the search operation of the Ghazi Force control centre, which consisted of three hall-like rooms, it transpired that the first hall was being used by the militants to brainwash the youngster; the second one was meant to impart ‘military’ training and the third one was used to make improvised explosive devices (IEDs) including suicide vests.

The security forces discovered a diary during the search operation of the Ghazi Force control centre [which belonged to Mohammad Ilyas] which contained details of some deadly suicide bombings carried out by the group in the twin cities of Rawalpindi and Islamabad since 2007 and the names of the under-trial arrested militants belonging to the group, along with updates about their cases. But the most valuable information contained in the diary was about the organisational structure of the Ghazi Force and the names and the contact numbers of the key persons affiliated with the lethal outfit which has been included in the list of the banned terrorist outfits by the government on January 3, 2015, along with the Harkatul Jehadul Islami (HuJI), Al-Rasheed Trust and Al-Akhtar Trust.

The security agencies believe that the present strength of the Ghazi Force fidayeen [after the arrest of 15 others] is not more than 100 who are a looming threat on the twin cities. Some of the Ghazi Force militants who had already been arrested by the agencies from different parts of Punjab included Fiadullah, Jamshed, Bashir Ahmed, Arslan Irshad, Muhammad Hanif, Farhan Abbasi and Kamran. They had been involved in dozen-plus terrorist attacks targeting the security forces personnel including two brigadiers who had been shot dead in Islamabad in 2009.

It was on the basis of the information collected from the Ghazi Force’s Dargah Mandi control centre in North Waziristan that the country’s premier intelligence agency has warned the ministry of interior in a January 1, 2015 communiqué that Maulana Abdul Aziz poses a serious security threat to the law and order situation in the federal capital. The letter titled ‘Activities of Maulana Abdul Aziz’ said that the “Lal Masjid mafia” has links with several anti-state terrorist groups and is currently reorganising the Ghazi Force. The communiqué further warned that if not checked, the activities of Maulana Abdul Aziz and the Lal Masjid administration can create a law and order situation in the twin cities. The communiqué also underlined the links between the TTP leadership and Maulana Abdul Aziz, while pointing out the fact that the TTP had nominated him as a Taliban representative to hold peace talks with the federal government on their behalf.

However, Tariq Asad Advocate, the president of the Lal Masjid Shohada Foundation, who is also Maulana Aziz’s lawyer, strongly refuted the impression that Maulana Abdul Aziz has anything to do either with the Ghazi Force or any other militant group involved in anti-state activities. He termed these reports as mere lies and added that Maulana Abdul Aziz has already apologised for failing to unconditionally condemn the Peshawar massacre carried out by the Taliban on December 16. Asad quoted Maulana Aziz as saying: “I forgave Musharraf for launching military operation against the Lal Masjid and killing innocent people. How is it possible that I was not saddened by the killing of innocent school children?”

Ishaq was set to die a violent death 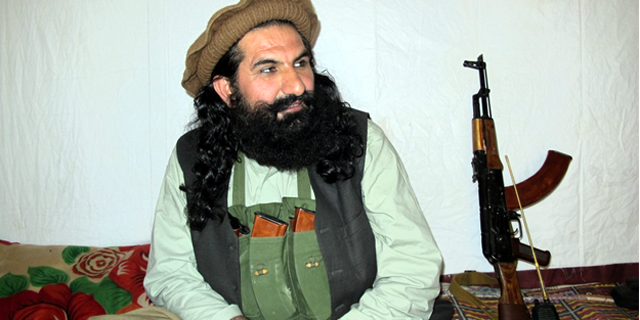 Why did the CIA kill Commander Sajna? 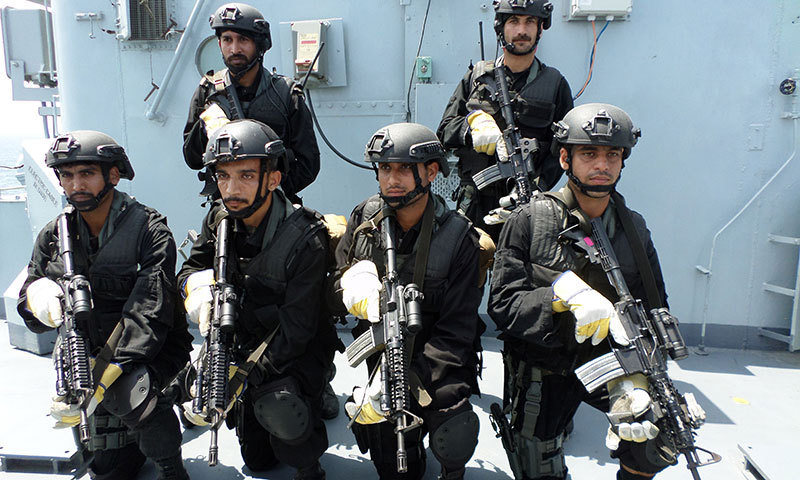 Jehadi penetration of Pakistani armed forces may be deeper than feared