ISLAMABAD: The arrest of Moazzam Ali Khan from the Azizabad area of Karachi in Dr Imran Farooq’s murder case is set to create more problems for the Muttahida Qaumi Movement (MQM) which is already going through testing times ever since the Rangers’ raid on its Nine Zero headquarters, the arrest of its office bearers along with some convicted criminals and last but not least, the controversial videotape of Saulat Mirza.

Moazzam Ali Khan, one of the alleged main accused in the murder case of Dr Imran Farooq, was arrested a couple of days ago from the Azizabad area of Karachi. Posing to be the owner of a freight company in Karachi, Moazzam Khan had sponsored the visas of the two hired assassins of Dr Imran Farooq, who had been stabbed to death on September 16, 2010 outside his Edgware home, close to the London headquarter of the MQM.

The two murder suspects from Karachi – Moshin Ali Syed and Kashif Khan Kamran – had boarded a plane to Sri Lanka from London’s Heathrow Airport on the same day Imran Farooq was killed. Both the murder suspects are believed to be in the custody of a Pakistani intelligence agency.

Even though Moazzam Khan had been affiliated with the Muttahida Quami Movement for well over a decade, the party disowned him soon after his arrest. Moazzam had paid extra money to buy his Azizabad house almost five years ago which is located near the Nine Zero headquarters. He has five brothers who too are affiliated with the MQM. Moazzam Ali’s name was given to the Pakistani authorities by the Scotland Yard after it transpired that he had sponsored the visas of Mohsin and Kashif while posing to be a businessman. He is under police custody now and is set to be produced before the court today, as Interior Minister Ch Nisar Ali Khan has already made an announcement about his arrest.

According to the findings of the London police, Iftikhar Hussain, the nephew of Altaf Hussain [who is on police bail in relation to Imran Farooq’s murder] remained in touch with Moazzam Ali Khan throughout the operation spread over at least eight months during which Imran Farooq was monitored by Mohsin and Kashif in Britain and then assassinated. In June 2013, the British Police arrested Iftikhar Hussain for being a suspect in the murder. The arrest was made on the basis of forensic evidence gathered by the British Police which stated that they had sought the Call Detail Record (CDR) along with text messages from the SIM obtained from Iftikhar Hussain. Information obtained from the SIM of Iftikhar Hussain brought into limelight some previously unknown facts and connections which almost solved the murder.

As per the Scotland Yard findings, Imran Farooq was killed by his political opponents because he was contemplating to discard the MQM to launch his own political party. The story goes that a member of the National Assembly from Karachi had actually been tasked by his overseas chief to physically eliminate Dr Imran Farooq. He subsequently assigned the job to Khalid Shamim, who was then affiliated with the militant wing of an ethno-political party. Khalid sought help from another colleague in the militant wing, Hammad Siddiqi, who provided him with two henchmen who were to be dispatched to London to carry out the job. Khalid Shamim then approached Moazzam Ali Khan and asked him to arrange student visas for Mohsin Ali Syed and Muhammad Kashif Khan Kamran. Moazzam reportedly not only sponsored their visas but also purchased their tickets.

Upon their arrival in London, both Mohsin and Kashif were briefed about Dr Imran Farooq’s routine by an unidentified man. They allegedly killed Imran soon afterwards and left for Colombo the same day instead of returning to Pakistan to mislead those investigating the case. But they were ordered by Khalid Shamim to return to Pakistan. A secret agency reportedly recorded conversations between Khalid and the two killers who themselves were to be eliminated upon their arrival in Karachi with a view to erase all the traces in Imran’s murder case. The agencies detained the boys when they reached Karachi from Colombo and then made them listen to their recorded conversations. They were quick to confess to Dr Imran’s murder, for which they can only be charged in England and not in Pakistan. Khalid Shamim was arrested by the authorities a few days later from Karachi and he is still missing.

However, in a major development, a BBC documentary aired on January 30, 2014 said that the British Crown Prosecution Service (CPS) has asked the Pakistan government to trace and identify the two men suspected of Imran Farooq’s assassination. The investigative report aired on the BBC’s flagship Newsnight said the suspected killers from Karachi (Mohsin Ali Syed and Kashif Khan Kamran) are in the Pakistani custody, even though they have not been formally arrested. The BBC had named a third person, Moazzam Ali Khan, who had helped the two boys in getting a British visa. The two assassins of Dr Imran Farooq whose students visas for Britain were sponsored by Moazzam Ali Khan, were granted admission to the London Academy of Management Sciences (LAMS) in East London.

The BBC documentary while quoting the college said that the two students were meant to attend the college but one of them had turned up to register and then disappeared. The BBC report claimed that the British investigation had found that Mohsin Ali Syed, a member of the All Pakistan Muttahida Students Organisation (APMSO) in his late 20s, had arrived in the UK in February 2010 and lived at a number of London addresses, including bedsits in Tooting, South London, and Whitechurch Lane in Edgware — all the time monitoring movements of Dr Imran Farooq, who had been sidelined from the MQM at the time of his killing and was running a small business in central London.

The other assassin, Kashif Khan Kamran, had arrived in London in September 2010. The two men stayed together and moved around together. After his arrival, the two men constantly kept Imran Farooq under surveillance from dusk to dawn and became familiar with all his movements. After Imran was killed using knife and bricks at his doorstep, the murder weapons were left at the scene of the crime. However, to essentially prove that these two were the killers, the Scotland Yard requires their custody to carry out their DNA tests to establish whether or not they were at the scene of the assassination.

Seeking from the Pakistan government the custody of Mohsin Ali Syed and Kashif Khan Kamran, the Scotland Yard had informed the Pakistani authorities that they had found the DNA of the two men from the crime spot besides having eye-witnesses who saw Dr Imran Farooq being killed.

On the other hand, the MQM leadership has already refuted all these allegations as part of an international conspiracy to defame the exiled chief Altaf Hussain and his Muttahida Qaumi Movement, adding that the purpose of the MQM’s media trial was to influence the courts as well as the murder investigation of Imran Farooq in the UK. Whatever the MQM leadership claims, the London police investigators believe that those who killed Imran Farooq had links with people in the MQM. The Scotland Yard has interviewed hundreds of people so far in relation to Imran Farooq murder investigation, including Altaf Hussain, after his arrest in June 2014. He had used his right to remain silent and refused to answer any questions.

There have been a lot of speculations about the fate of Altaf Hussain following a series of meetings between Pakistani and UK officials after which Interior Minister Nisar Ali Khan said in the National Assembly on March 20, 2015 that it was the responsibility of the government to pursue Imran Farooq’s murder case and bring the culprits to justice. There are also reports that the Pakistani authorities are contemplating to accede to a UK request to hand over the suspected assassins of Imran Farooq. The British authorities want their Pakistani counterparts to verify if the caller who had contacted Imran Farooq’s killers on a mobile in London while using a Karachi landline number (owned by the Karachi Water and Sewerage Board) 12 minutes after the brutal assassination was the missing MQM leader Khalid Shamim.

Khalid Shamim, who had been an employee of the Karachi Water and Sewerage Board, went missing from Karachi three years ago on January 5, 2011, roughly three months after the murder of Imran Farooq. Well-informed sources in the Ministry of Interior say the Foreign and Commonwealth Office (FCO) had requested the authorities in Islamabad to help trace and identify the two murder suspects and their handlers who belong to Pakistan. The request letter by the Crown Prosecution Service (CPS) stated that the Scotland Yard had proof that Mohsin Ali Syed and Muhammad Kashif Khan Kamran killed Dr Imran Farooq. Hardly 12 minutes after the murder (which took place at 1727 hours or 5:27pm), a phone call was made from a Karachi landline number (009221-36947016) at 1739 hours (5:39 pm) to a mobile number (number 0300-8252044). The landline number was owned by the Karachi Water and Sewerage Board (KWSB) which was used by the caller (largely believed to be Khalid Shamim) to talk to the killers in London (for four minutes and 22 seconds) on their mobile phone, which had international roaming facility.

As things stand, the British authorities not only want their Pakistani counterparts to ascertain the identity of the caller from Karachi who had talked to Dr Imran’s killers, they also want their help to trace out and arrest the suspected killers (Mohsin Ali and Kashif Khan) and their suspected handlers (Moazzam Khan, Khalid Shamim and Hammad Siddiqi). 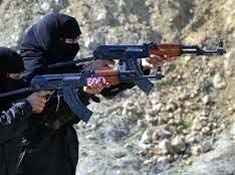 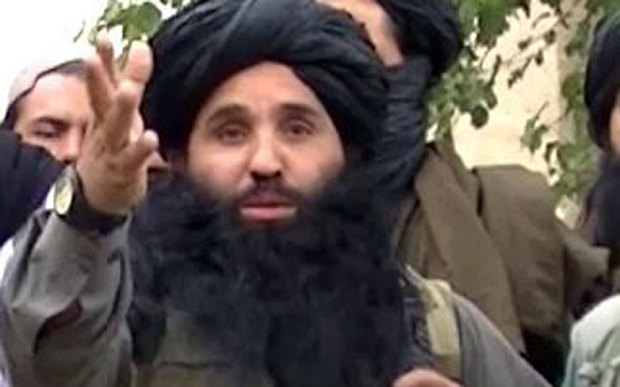 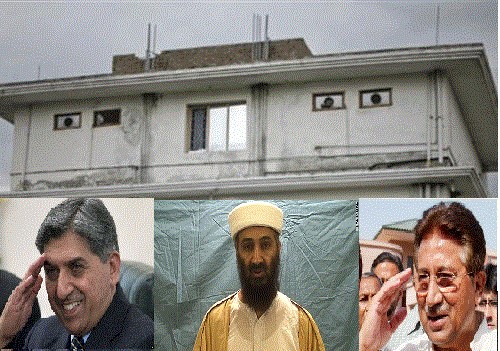