NEW YORK: (The News) The death of the Afghan Taliban’s ameer Mullah Mohammad Omar has evidently encouraged Abu Bakar Al Baghdadi-led Islamic State (IS or Daesh) to step up its activities in the Pak-Afghan tribal region, which was largely considered to be a stronghold of the Taliban, with the lethal Middle East-based private army releasing for the first time the images of its training camps on the Pakistani soil.

The development is quite disturbing not only for the Taliban but also for the Pakistani security agencies that were earlier confident that the Islamic State of Wilayat Khorasan (or the Khorasan chapter of Islamic State which includes Pakistani, Afghanistan, India, Iran and some Central Asian states) was actually headquartered in Afghanistan and that Daesh had failed to establish any training camps on the Pakistani side of the border so far. The images of the training camps in Pakistan’s northwest tribal areas have been published by the US-based web newspaper – The Long War Journal – stating that they were released by the Islamic State of Wilayat Khorasan – which is the administrative unit of Baghdadi-led Daesh in Afghanistan and Pakistan.

The Islamic State has released the proof of its physical presence on the Pakistani soil at a time when the group had suffered some major setbacks in the Pak-Afghan region in the wake of the recent killings of four top Daesh leaders from Pakistan including its ameer Hafiz Saeed Khan (who died on April 17), deputy ameer Mulla Abdul Rauf Khadim (who died on February 9), his successor Hafiz Wahidi (who died on March 16), and its central spokesman, Shahidullah Shahid (who was droned to death on July 6, 2015). All of them had been a part of the Fazlullah-led Tehrik-e-Taliban Pakistan (TTP) before joining Daesh in January 2015, only to be killed one by one on both sides of the Pak-Afghan border [mostly in the CIA-run drone campaign] in a short span of six months [from February to June 2015].

Within a week of Mulla Omar’s death, the Islamic State’s social media account tweeted on August 4 pictures showing a training camp in the lawless tribal areas of Pakistan. Before that, the Islamic State’s training camps were known to be operating right across the border in Afghanistan where the deadly group had created havoc in recent months by carrying out several terrorist attacks against the Afghan security forces and civilians. The Islamic States tweet, as reported by The Long War Journal, said that a caravan of Baitullah Mehsud (who was the TTP founder) in Waziristan has pledged allegiance to the Islamic State Wilayat Khorasan. Even though the Pakistani authorities are unable to determine whether the IS training camp was located in North or South Waziristan, the images released by the group showed its fighters in a heavily mountainous area, within a compound on the mountainside.

Interestingly, the banner shown in the photos released by Daesh reads: “HakeeMulla Mehsud camp, Islamic State.” The references given by Daesh of Baitullah Mehsud and HakeeMulla Mehsud, who had been the ameers of the TTP before being killed by the American drone strikes in Waziristan, clearly show that those running the IS training camp in Pakistan have defected from the Mehsud branch of Tehrik-e-Taliban Pakistan which is headed by a non-Mehsud, Mulla Fazlullah, who comes from the Swat district of the Khyber Pakhtunkhwa province. Before the release of the latest images by the IS, it was largely believed that despite some of the key TTP commanders’ act of joining hands with Daesh, the group had yet to establish a permanent presence in the Pakistani tribal areas. But the latest development shows that the Khorasan chapter of the Baghdadi-led Islamic State has a foothold in Waziristan, which used to be the epicenter of al-Qaeda and Taliban’s base of support in Pakistan, before the launch of the military operation there in June 2014.

The Islamic State has been in competition with the Taliban and al-Qaeda for the mantle of leadership in the global jehad, and the establishment of the Khorasan Province came as s a direct threat to both al-Qaeda and the Pakistani and the Afghan Taliban who used to consider Mulla Mohammad Omar as their ameer, unlike the followers of the Islamic State whose leader Abu Bakar Baghdadi had declared himself to be the Caliph of the entire Muslims across the globe in February 2014. Ever since then, Baghdadi’s IS has competed with al-Qaeda and Taliban for supremacy on jehadi international horizons. Baghdadi insists that he is the Caliph, the “Ameer of the Believers,” and he therefore demands the loyalty of all other jehadis, including those from al-Qaeda and Taliban. On the other hand, Zawahiri had been insisting that Mulla Omar was the rightful “Ameer of the Believers.”

In a related development, amid deepening rift among the Taliban leadership following Mulla Omar’s death, the Islamic State has claimed breakthrough in its efforts to gain a foothold in Afghanistan. Daesh leader Mulla Abdul Rahim Muslim Dost has claimed in a statement that the pledges of allegiance to the Islamic State were pouring in from almost every nook and corner of the country following the death of Mulla Omar who was teaming up with al-Qaeda. In fact, Mulla Omar’s death poses an existential crisis for the Afghan Taliban, who seemed extremely divided especially after the appointment of Mulla Akhtar Mohammad Mansoor as their new supreme leader. Mulla Omar’s eldest son Mulla Mohammad Yaqoob and has openly challenged his selection, saying that not all the Central Shura members were invited to the meeting which had selected him.

Soon after Mulla Yaqoob’s rebellion, the Afghan media reported his killing in a shoot out. But it later transpired that he is still alive but possibly under house arrest in Quetta. Mulla Omar’s brother Mulla Abdul Mannan also said that his family didn’t recognise Mulla Akhtar Mansoor as the new Taliban ameer. A splinter group of the Taliban – Afghanistan Islamic Movement Fidai Mahaz – has also claimed that Mulla Omar did not die a natural death and he was poisoned to death by Mulla Akhtar Mansoor. All these developments have culminated in armed clashes on both sides of the Pak-Afghan border between the two rival Afghan Taliban groups, thereby leaving several dead. But going by some latest reports, efforts are being made by both the Afghan Taliban groups to form a new Shura to elect a new ameer to put an end to the ongoing controversy over the appointment of Mulla Akhtar Mansoor. As per the formula, Akhtar Mansoor will be given a deadline to step down as the supreme leader of the Afghan Taliban, but if he refuses, the council could elect a new ameer. 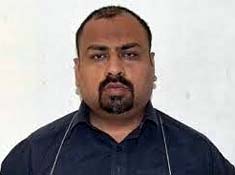 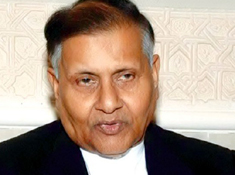